Angel's Dream B&B is an inn / B&B located in Greenville. As a guest of Angel’s Dream, your complete privacy and comfort is our pleasure. Amenities include fresh flowers in rooms, candlelit breakfast, complimentary beverages and snacks, personal mini refrigerator, specialty blended teas and coffees, specialty bath salts, jacuzzi tub, towel warmer and bath robes. Enjoy the library with fireplace, media room with DSL connection, sun room and patio area. Each room is equipped with installed air filters to ensure a clean air environment for those with special allergy requirements.

The information displayed here is displayed 'as is'. Also check the website ( if listed ) for up-to-date information, prices and availability. WhereToStayUSA is not responsible for the content of external websites. If you are the owner or operator of Angel's Dream B&B and wish to update or modify the content on this page including room details, specials and getaways or availability, please use our submission page.

We only spent one night in this B&B and that was plenty. We got locked out of the room/house due to a faulty lock at eight o'clock p.m. and we had to wait for hours in cold weather with a small baby until finally someone showed up to let us in. When the owners finally answered their phone they stated they were at a party and refused to come resolve the problem and instead stated that someone else would come but they could not tell us when they were coming. We repeatedly called them trying to resolve the problem and at one point the wife stated that she could not talk to me "as people are looking at me" and hung up. When the person showed up to let us in, it took him quite a while to open the door. To make it even better, the house alarm went off at approximately one o'clock in the morning, waking up the baby again, and the owners were still not at home to resolve the alarm issue. Next day we were looking lovingly at the Hampton hotel in the highway and wished we had spent the night there. 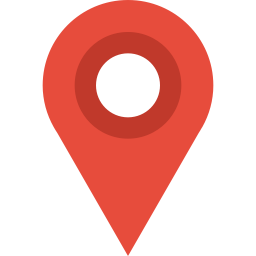 Any prices displayed for Angel's Dream B&B should be used as a guide only and may vary with room and dates chosen. Lower pricing may be available via the booking system if available. Not all properties are available for online booking. Please note all distances shown are approximate, and may not reflect driving or travel distances.